Message From The King 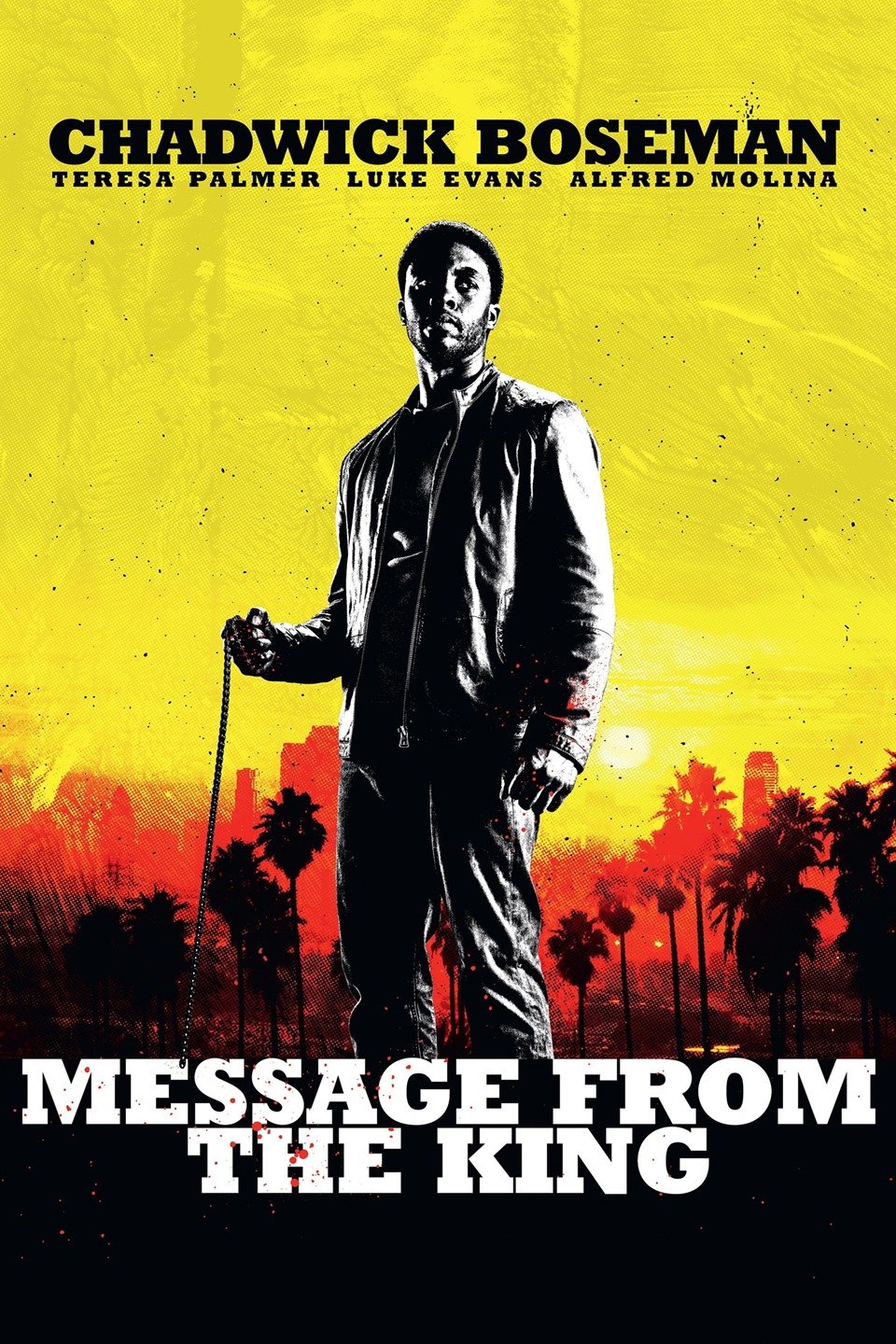 A STORY OF GRIEF, PAIN AND SECRECY. IN THE HUNT FOR THE TRUTH, THE JOURNEY REVEALS MORE THAN COULD HAVE BEEN EXPECTED.

In this Netflix Original film, Jacob King arrives in Los Angeles from Cape Town looking for his missing younger sister. A stranger in a strange land, he has $600 in his pocket and a return ticket home in seven days. Within twenty-four hours Jacob King knows his sister is dead. This is the story of what happens in the next six days.

As he searches for his sister’s killers, wreaking havoc in her name, King’s journey propels him deep into the LA underworld and its intersection with Hollywood high society. His pursuit of revenge will lay bare a network of depravity that stretches from the dive-bars of the gang heartlands to the glitz of the Hills.

News: Chadwick Boseman stars as Jacob King in our LA-set revenge thriller
News: Message from the King at TIFF 2016
News: Fighting with my Family is #1 in the UK!
News: The Women Behind The Little Drummer Girl: Screening and Q&A
News: TV Review: AMC’s ‘The Little Drummer Girl’
News: The Ink Factory plans to diversify
News: Zachary Quinto Joining Jodie Foster in ‘Hotel Artemis’
News: John le Carré’s ‘The Spy Who Came In From The Cold’ To Be Developed As Limited Series By Paramount TV & Ink Factory
News: Untitled Vin Diesel Project
News: Absolute Friends
This website uses cookies to improve your experience. We'll assume you're ok with this, but you can opt-out if you wish. Read More Accept