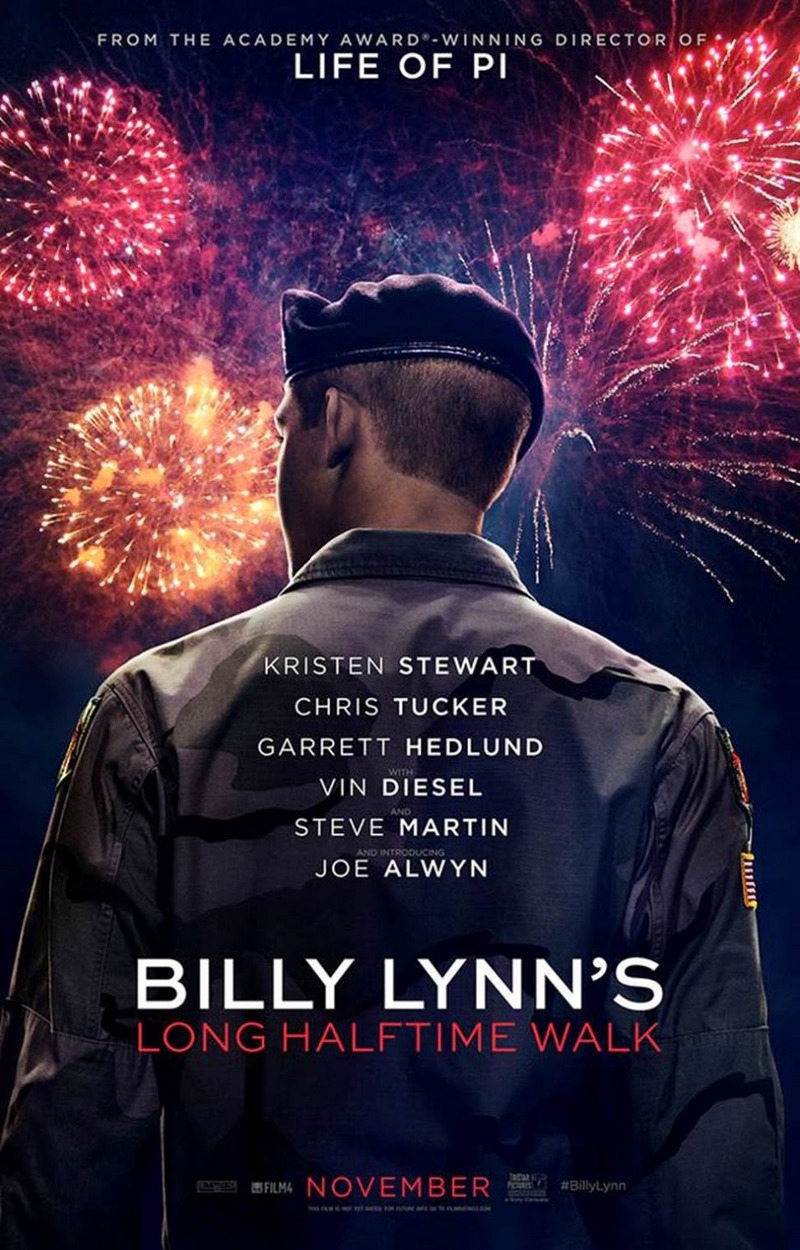 A FIGHT BETWEEN THE PERCEPTIONS AND REALITY OF WAR IN AMERICA.

19 year-old Billy Lynn and his fellow soldiers of Bravo Squad, back from Iraq on a so-called “Victory Tour” before redeploying, are slated to appear in the halftime show of the 2004 Texas Thanksgiving pro football game. Over the course of one extraordinary day, Billy will play the hero, face temptation, mourn the dead, fall in love, brawl, relive his past battles, and come of age as he confronts a choice between war and peace, loyalty and love, who he is and who he wants to be. Based on the acclaimed novel by Ben Fountain, winner of the National Book Critic’s Circle Award.

Variety praised the film “There’s a grand paradox at work in Billy Lynn’s Long Halftime Walk. The film isn’t simply a technological experiment; it’s also a highly original, heartfelt, and engrossing story. And part of the power of it lies in the way that those two things are connected.