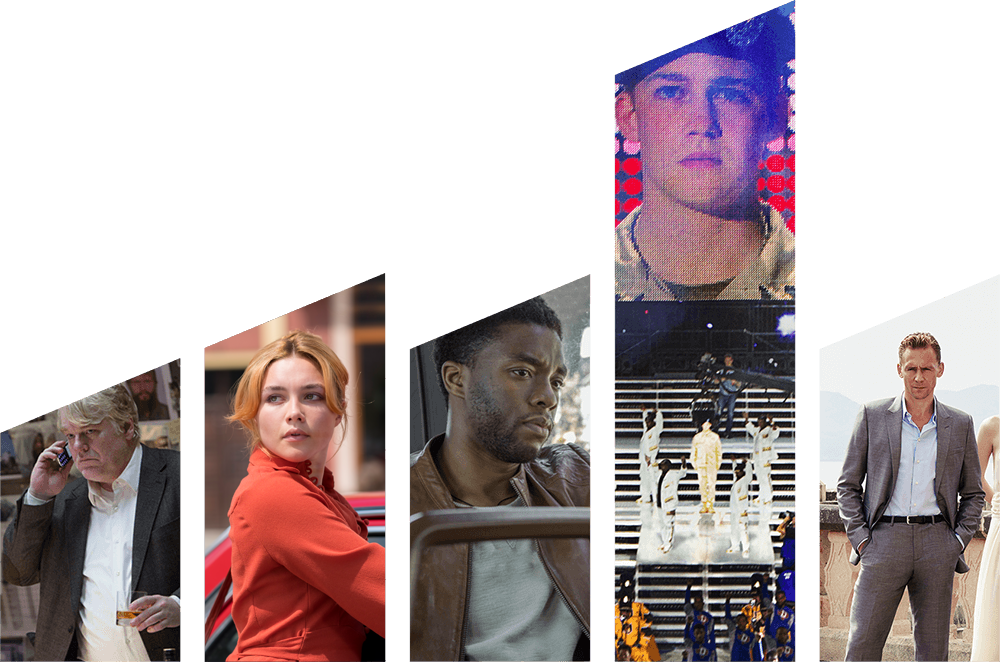 The Ink Factory is an independent studio with global reach, founded in 2010 by Stephen and Simon Cornwell.

We believe in telling original and exciting stories reaching a wide audience, partnering with talent who inspire, challenge and innovate.

We work across television, film, games and immersive experiences, developing these from inception to release, through long-term relationships with authors and creators. We take bold creative and financial decisions and seek out opportunities for ambitious and genre-defining work.

A core pillar of the company is the adaptation of the work of author John le Carré for film, television and other media.

Our latest television adaptation of le Carré’s “The Little Drummer Girl”, directed by Park Chan-wook premiered at the 2018 London Film Festival and aired on the BBC and AMC. The company is also behind the Emmy® and Golden Globe® award-winning drama series “The Night Manager”, based on the le Carré novel of the same name, co-produced with the BBC and AMC. The company is also developing a series based on “The Spy Who Came in From the Cold” produced in association with Paramount TV and, once again, the BBC and AMC.

Most recently, Film4 and WWE’s Fighting with My Family was produced in association with The Ink Factory. Written and directed by Stephen Merchant and starring Dwayne Johnson, Florence Pugh and Vince Vaughn, the film premiered at the 2019 Sundance Film Festival, reached #1 at the UK box office and grossed over $39 million worldwide.

Our first film, A Most Wanted Man, based on the novel by John le Carré, was released in 2014. Other completed films include Billy Lynn’s Long Halftime Walk, directed by Ang Lee and based on the award-winning novel by Ben Fountain; Netflix Original Message from the King, a noir thriller by Stephen Cornwell and Oliver Butcher and directed by Fabrice du Welz, which premiered at the 2016 Toronto International Film Festival; and Drew Pearce’s directorial debut Hotel Artemis, starring Jodie Foster and Sterling K. Brown.

In addition to its work in film and television, The Ink Factory has partnered with one of the games industry’s top talents, Matt Nava, to found digital studio Giant Squid. Giant Squid’s first game, the twice-BAFTA-nominated ABZÛ, was released in August 2016. Giant Squid’s latest game, The Pathless is due to be released in 2020 and will be at the core of Apple’s subscription games service, Apple Arcade. The PC version will feature on Epic Games’ store.

The company is headquartered in London and Los Angeles.

This website uses cookies to improve your experience. We'll assume you're ok with this, but you can opt-out if you wish. Read More Accept